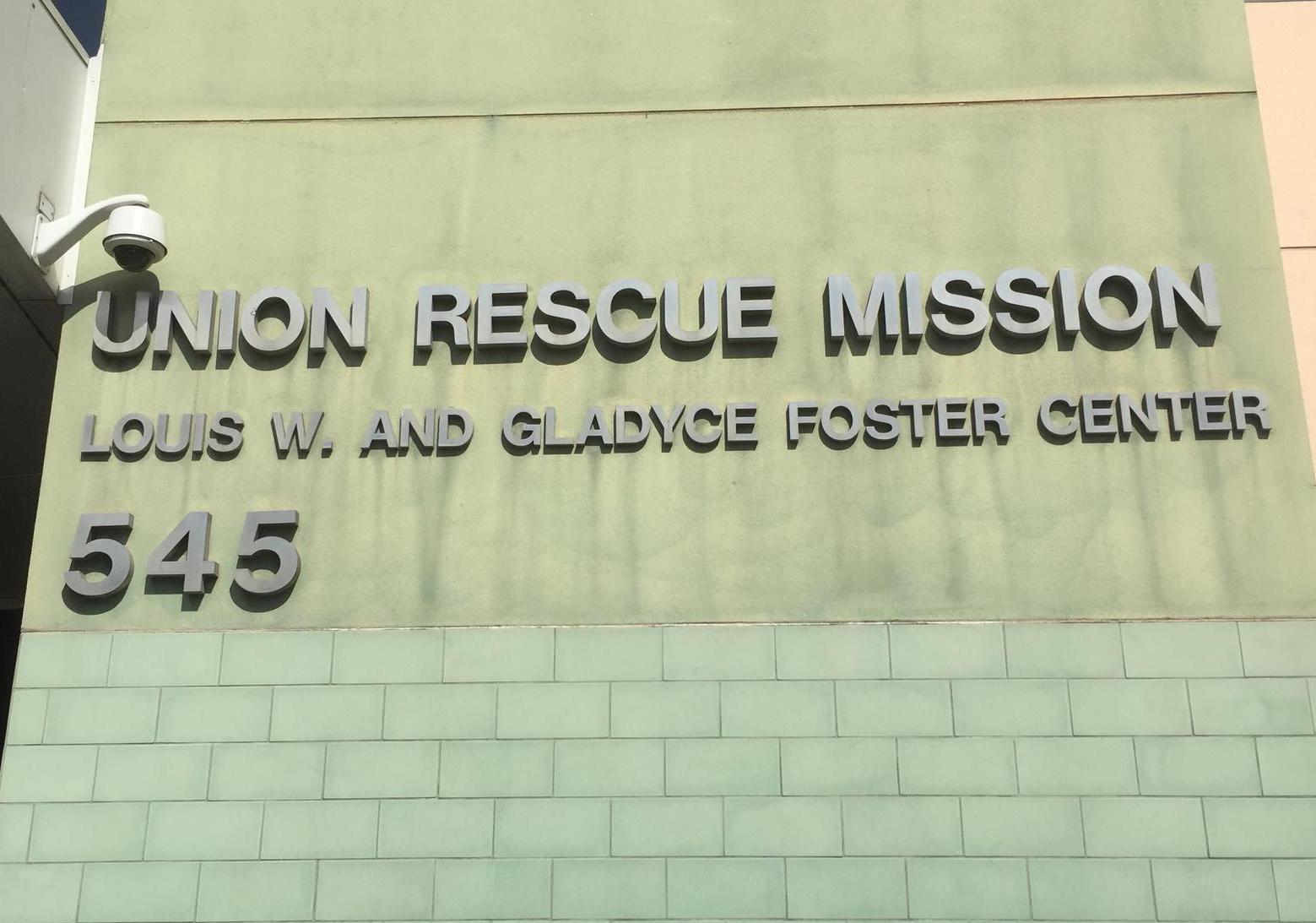 On Wednesday we visited the Union Rescue Mission in downtown LA. This huge mission has been in operation since 1891. In the beginning, they utilized a “Gospel Wagon” to ride around picking up any who were willing to receive help. Some think that this is the origin of the phrase “I fell off the wagon." Today URM sleeps over 1000 people per night. The need has gotten much worse lately because of skyrocketing rents. At the moment, they are hosting ten single fathers with children, 90 mothers, and over 220 children. There is some paid staff, many resident work-as-therapy workers, and tons of volunteers. One church in Englewood has an office at URM, to do the ministry of presence. We got to hear some of the stories of redemption. There are no words.

Some of those stories:

One man named Michael, who gave us our service assignment, shared his story of over 30 years of alcoholism, loss of family, job, home. The last time he saw his daughter was when she was nine months old. He is now 72. URM located his daughter, and at Michael’s graduation from the program, his daughter was there to hand him his diploma. He said they are good friends now.This same Michael, born in Ireland, also suffered from a lifelong stutter. He was unable to even say his name...M-M-M-Michael. He was assigned kitchen duty until he was “forcefully encouraged” to speak to a resident gathering. He was terrified but finally agreed. Two volunteers stood behind him, not to catch him if he passed out from fear but to keep him from running out the door. He said he gripped the edge of the table, took a deep breath and began to speak. At that moment his stutter disappeared and had never returned. That was six years ago.

Alex’s dad went back and forth between God and drugs during Alex’s entire childhood. His dad eventually got involved with URM but continued to struggle with his addictions for the rest of his life. Alex was becoming more and more like his dad in all the same ways, until, as a teenager, he learned that his dad had died of an overdose. Alex now holds a staff position at URM.

Robert is a pastor with a master’s degree in practical theology. He spends his life at URM helping the least of these before he takes the long commute home to his precious wife and little daughters.

Inspiring doesn’t even begin to describe...

Outside the mission, tents filled with the homeless crowd every sidewalk. URM never turns away women because of the danger to them on the streets. And they take every boy up to age 17. Sometimes all they can offer is a blanket on the floor, but it’s better than a sidewalk outside.

URM serves meals 12 times per day. Starbucks provides every item they offer for breakfast every single day. They provide haircuts, free dental services, spiritual and job coaching, classes, health and hygiene care. Robert told us an interesting story about one man who graduated from the program, healthy, whole and ready for work but he never smiled. His countenance seemed so low and serious. But since URM has learned that the last door to openness is often someone’s smile, they gave this man free dentures. He now smiles broadly to everyone. He seems like a completely new person.

We continued to The House LA - the church planted by Louis and Anna Kang. We got to hear some of the stories about how the church landed in its current location and some of the amazing church members who have given much time, money and resources. We met an amazing young man named Jerry. Only three years ago he was a man deeply in need of rescue. Jesus got hold of him, filled him with grace and forgiveness, and now Jerry travels all over the world sharing about the love of Christ. It was such an honor to meet him.

Directly behind the church is a tent community, low-income housing, high-income hipster apartments and everything in between. The richest financial district in the country is only a few blocks away. Such a crazy juxtaposition of demographics all crammed into a few blocks. How does a church move forward? Where to focus? Where to start? Who has the greatest need?

As we walked among the tents handing out drinks and ice cream I met a man named Levi. He is a young man with such a nice face. He had a slogan painted on a board in front of his tent. I asked him what it meant, and he said someone else painted it and he didn’t know what it meant but it seemed positive to him. So many homeless people are used to being invisible. People don’t look at them or see them. Levi seemed to appreciate hearing his name and talking to me. As I walked away, he faded back into his tent.

Louis asked, “Is my life more important than theirs?”