The word got out that we were going to be doing a clean-up around the church today. A Korean Youth organization provided the tools and bags, and the city sent a representative from the sanitation department. We had to be trained because the trash in the streets around there includes syringes, human waste and other forms of biohazards. The young people that participated were amazing hard workers. A grad student from USC showed up to interview us about our thoughts on “Zero Waste” culture. She interviewed me, and I had to confess that I’m from Texas and we definitely lag behind California in stuff like that. I had never even heard the term “zero waste” before. She was amused by me. I kept talking about the people, and she kept patiently steering me back to her subject. I’m going to end up on the editing room floor.

A group of us handed out the 200 sandwiches we made Friday night. We went back to the tent community behind the church and found Levi again, the guy with the nice face and the board with the positive slogan painted on it from Wednesday. When Elvia called his name, we heard “Here I am!” from inside his tent. We had an amazing conversation with him. When Louis asked how we could pray for him, he confessed that he had cursed God. He’s done some bad things. He’s been angry. I assured him that God sees him. God knows the bad things that he’s done, the bad things that have been done to him and that God still loves him. In fact, God sent us all the way from Houston, Texas just to talk to him and encourage him. He only freaked a little when Louis put his hand on Levi’s shoulder to pray a powerful prayer over him. The process of prayer calmed him considerably. He had heard of Homeboy Industries, so I shared some of LaPaul’s story with him. He seemed very interested in checking that out. It was nice to be able to say, “They will help you...ESPECIALLY if you’ve been incarcerated.” I could have talked to him all day. Later Elvia and I talked about the supernatural love that we felt for Levi at the time. Unusual. We invited him to church and he said he was shy, but he would try to come. I said, “You can sit by me. I’ll save you a seat.” I wonder if he’ll come.

We took the rest of the sandwiches to MacArthur Park to pass around to folks. Freddy had a few long conversations with some of the men. Those men said they appreciated the fact that we gave them food, but didn’t treat them like they were sick. We stayed and talked, chatted, visited. Most of them were Spanish speakers only.

One large group of older African American men eagerly received the lunch bags, and as we were leaving they asked us to take one of their friends with us, to the loud snickers of the rest, “Take him with you!! Hahahahaha!” They seemed to be enjoying each other’s company. Stephanie said that she visited MacArthur Park once several years ago and arrived just as the police were fishing a body out of the lake.

When all the sandwiches were gone, we prayer-walked around the block near Alvarado Street. Next to Skid Row this is one of the worst parts of LA. Someone offered to make me a green card. Stephanie said that a person must not have very good discernment skills. I could have gotten a social security card too.

We walked quietly among the shops and booths. Each shop has to pay rent to the local gang. Along with strong-arm tactics, they also use a form of religion involving curses to intimidate the people.

Back at the House LA we relaxed and visited around the church, sharing pizza and deep conversation for lunch and then headed back to our rooms for a siesta. Anna joined us in the afternoon to share a form of journaling and sharing that was very bonding for our group. You can learn how to do this from Anna’s book Joyful Journey. 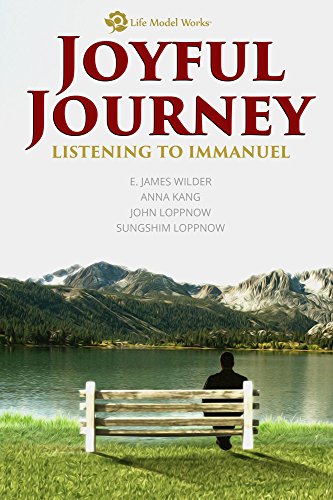 That was a long, rich day.